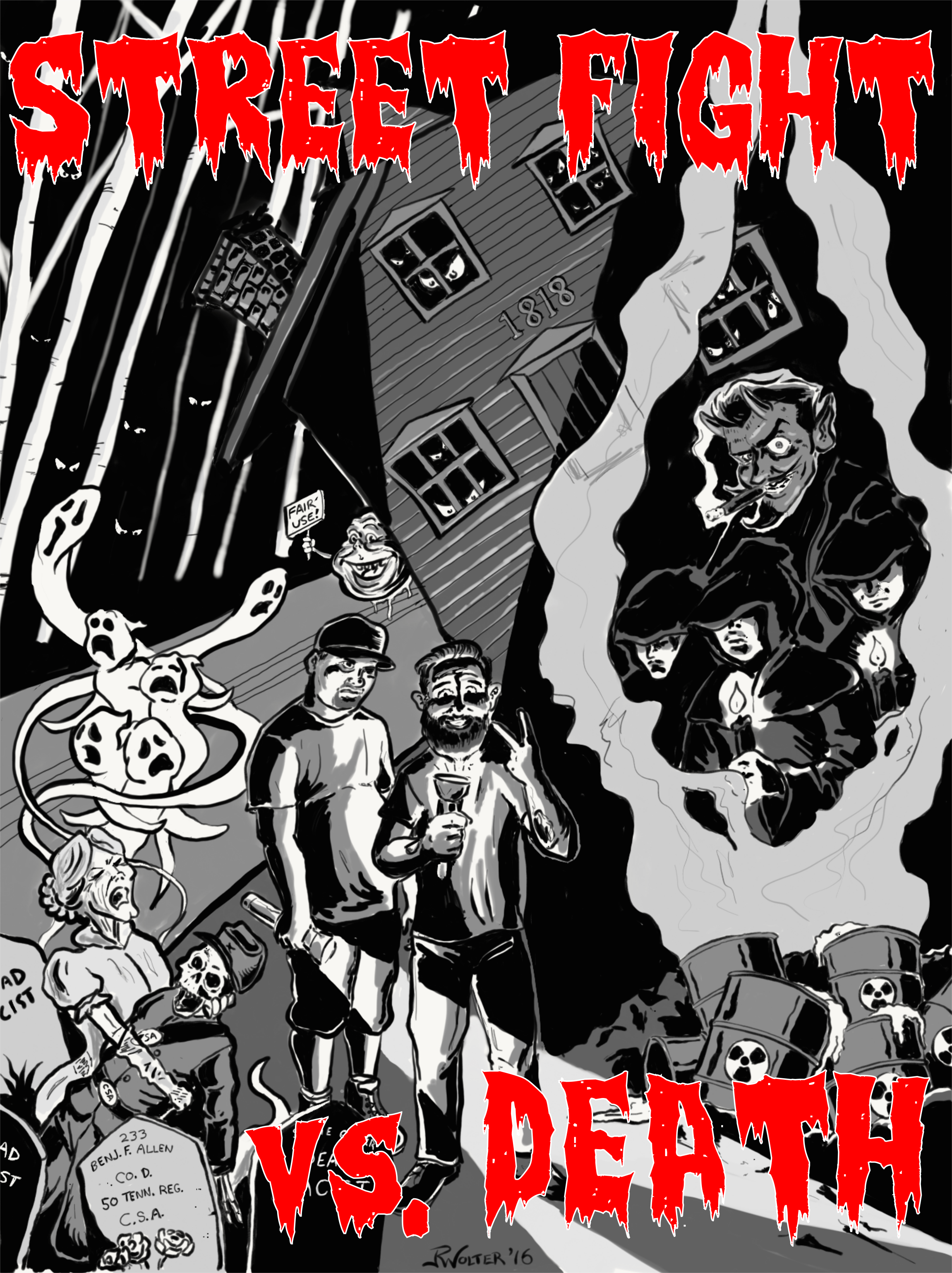 Street Fight Radio has been raising hell against some of the most evil organizations in the world. From The US Government and the Rock and Roll Hall of Fame to Lootcrate and Ball Earthers we have taken on all comers and built a home with the corpses of our enemies. When you send that many bankrupt souls to their maker you have to start wondering which one of your enemies will attempt to vanquish you. Brett and Bryan never sit and wait for a fight and this October is no exception.

This Halloween, Street Fight Radio will go to war with the spirit world and come out as not only the greatest anarcho comedy radio show in the universe but as brave warriors willing to face the most dangerous enemies of all, ghosts. We will travel to the sites of hauntings in Ohio and we will face these cowardly apparitions in their own territory and we will challenge them in ways that a ghost has never been challenged.

Street Fight vs. Death is the Fall follow-up to June’s Street Fight Live which was very successful despite video evidence being swallowed up by the earth.

Follow the action on Street Fight Radio, Facebook, and Twitter to hear about the video and the live performance as information comes out. You can support our efforts in Ghost bashing by pre-ordering a t-shirt, they will only be available until October 14th. PLUS you will receive a code to watch the live video for free!

**CONFIRMED 10/13/2016** Matt AKA @cushbomb from The Chapo Trap House will be making a guest appearance at the show.