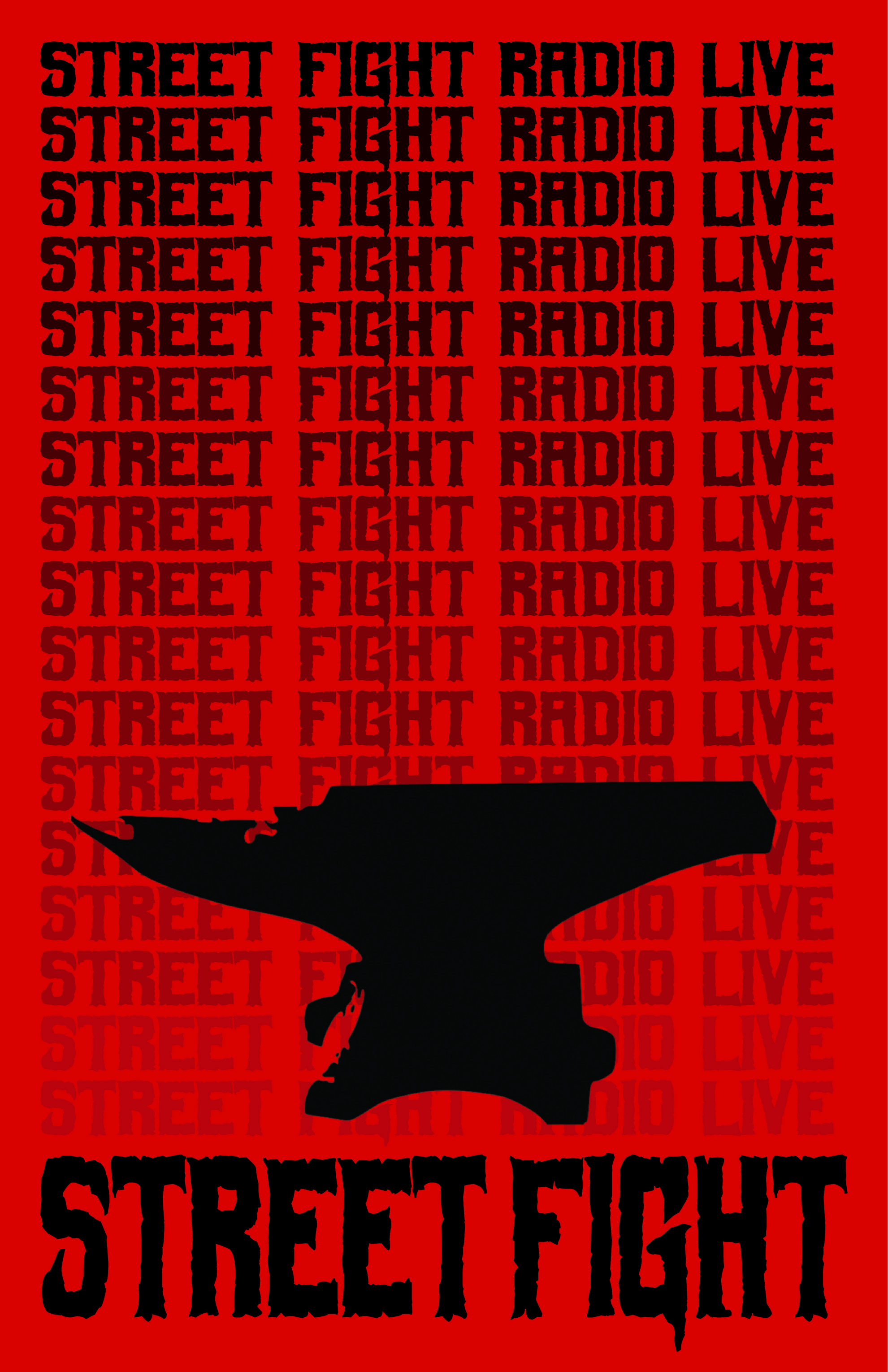 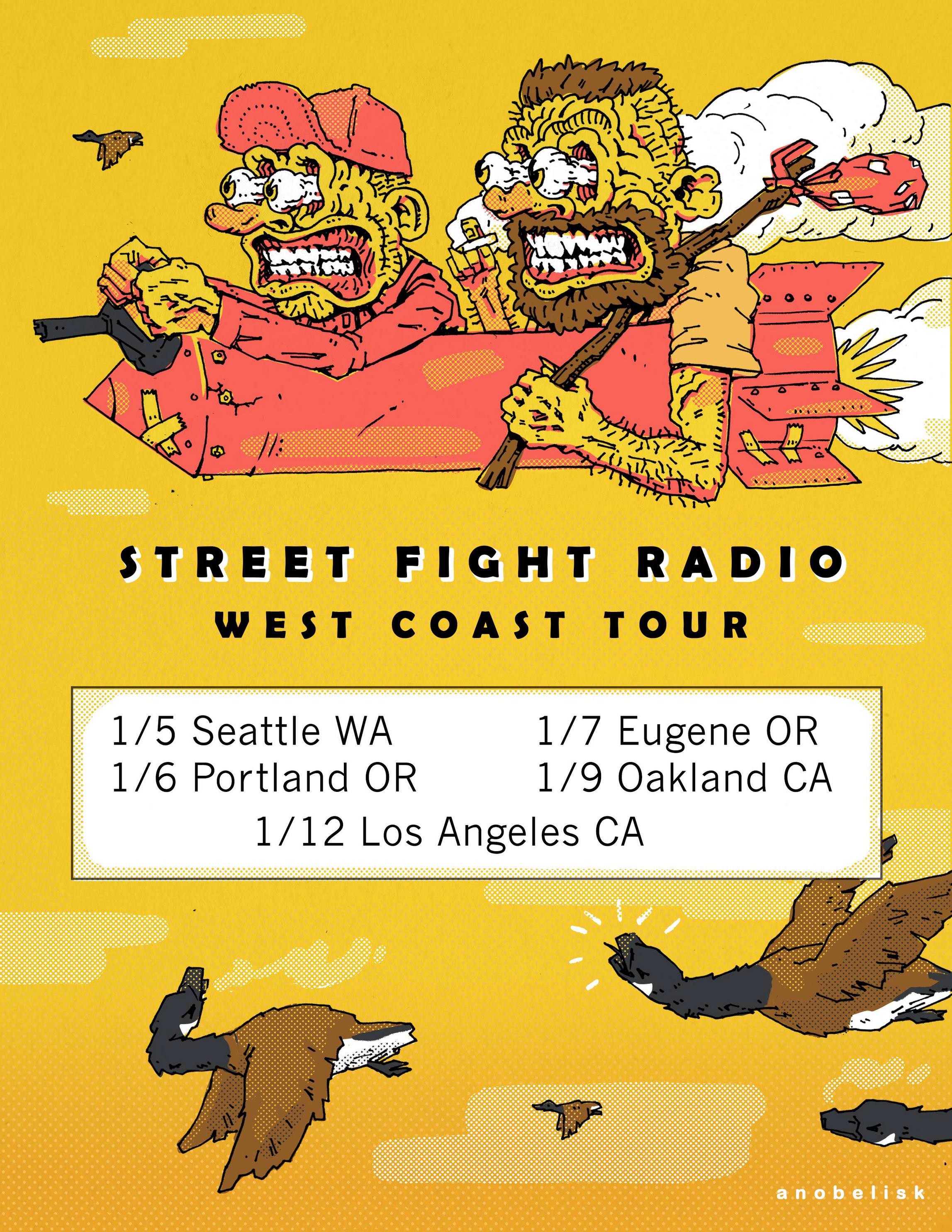 Y’all asked for shirts and it’s been a while since we’ve done one. The gumball illustrations were done by Asia Wisely AKA Extinct Inks on Instagram and I added the border. The shirt will say “Street Fight Radio” on the back. They are going to be manufactured and printed with union labor in the USA. They are going to retail for $25 + $3 shipping but if you pre-order now you can get it for $20 + $3 shipping. Shirts will be $20 until 9/30/18. I will then order them on October 1st. It will take about two weeks. Your shirts will start arriving towards the end of October. They will then return to the store for $25. Get in early and save.

All of this money will go towards paying for the labor of Katy, Jason, and Jake who are making my life so much easier and also go towards booking the west coast and Texas tours. Your financial support is greatly appreciated as we spread this mess across the US.

If you want to give the green buddha a ride before it gets banned this guide will help you pick out the right strain. And as a way of saying thank you please consider buying from us.

It is a tropical deciduous and evergreen tree in the coffee family native to Southeast Asia in the Indochina and Malaysia. Mitragyna speciosa(the nerdy name for kratom) is indigenous to Thailand where it has been used in traditional medicine. (Don’t believe me? Check Wikipedia, that’s where I copied it from.)

When you drink kratom powder at high doses it activates the opiate receptors in your brain which creates a painkiller like effect. It eases aches and pains and gives you a good melty feeling. It is much milder than manufactured opiates so it is often used to help people quit oxy, heroin, and even alcohol. At lower doses kratom is more of an espresso like stimulant great for focusing, relieving stress, and anxiety. As a powder, it’s just as safe as a cup of coffee. The highly potent extracts made by manipulating and concentrating the leaf were creating some of the shocking stories in the news that lead to the ban.

That being said I will always give you the whole truth and that is if you do a large dose (10g – 20g) you can get itchy like popping pills and some people could vomit (good shit, right?), but eventually, it just knocks you out. Also if you do too much (over 20g) you could have a really hard lava-poop-baby. So be warned. I am no doctor but these are just plants that make you feel cool. Respect it like any new substance that makes your brain warm.

How much do I need?

Basically, for most people who are just now trying it, you will only need 3 – 10 grams. It’s very easy to wade your way into some kratom tea so that you can sip slow until you get where you’re comfy. I recommend weighing your kratom instead of using a teaspoon or tablespoon because the density can be very different between strains. Also, I am only 170 lbs, Bryan is a bigger dude and has been using it for a while so he takes 1 – 2 tbs now.

So 100 grams of kratom powder will get you about 10 body melting experiences or 40 bursts of mental clarity. It’s up to you!

White seems to be the most intense. You’re definitely gonna feel “drugged out”. More likely to get a heavy body high, face numbness.

“ White vein kratom has a very strong following, and can be highly effective for conditions such as depression and lack of focus/energy. Of all the vein types, white vein shows the most potential as a nootropic (cognition enhancing) substance. Many have found that using this vein type first thing in the morning to be a great substitute for coffee due to it’s “clean” effects on alertness and focus. Pain Relief: 1/3 Energy: 3/3″

Red is euphoric and has the most painkiller effects. Drink it during the day for long lasting pain relief.

“Red vein kratom is one of the most popular due to its natural tendency toward higher levels of  7-hydroxymitragynine, which leads to impressive pain-killing effects, sedation, as well as anxiety and stress relief.Red veins also tends to be less at the mercy of individual brain chemistry; whereas white and green vein strains often effect people variably.This is one of the reasons red vein thai (RVT) is so popular among kratom users –it combines both heavy levels of energy from it’s Thai influences, with the red vein painkilling effects —  leaving the strain stimulating but very well-rounded. Pain Relief: 3/3 Energy: 1/3″

Green is in the middle and for me overall very pleasurable in both body high and mental clarity. Makes me feel joyous.

“For those who prefer neither the sedation of red veins, or the stimulation of white veins, green vein kratom may be the best solution. Green vein strains are much more moderate in their effects than other the other vein varieties and can provide the best of both worlds, making them commonly used as a daily kratom.Green vein strains can also provide nootropic effects, and are generally less at the whim of personal brain chemistry than white vein strains tend to be. Pain Relief: 2/3 Energy: 1.5/3″

Maeng Da is available for all colors. It’s a more powerful kind because the stem has been filtered out so you get more leaf in the powder.

How Do I Use Kratom?

Kratom has a very unique (nice way to say awful to most) taste. Once you realize how badass it is though the flavor tastes good. To me, it tastes similar to Yerba Mate but I think the best description is from a friend who said: “it tastes like the rainforest.”

The simplest way to do it. Dilute in water and shake or stir. If you are a picky eater and already feel like you can’t hang here are the best liquids to cut through the flavor. Orange juice and Grapefruit juice are kratom potentiators meaning they will give your leaf a boost but it also hides the flavor very well. I find that lemon actually cuts through the bitterness the best. So if I’m gonna be running around during the day I will mix a TBS of kratom with 20 oz of water and a whole lemon.

Make Tea – Boil water, let it sit, pour over kratom in a cup, put a coffee filter in another cup to strain it. I like to make a large batch of tea and mix it with homemade lemonade (lemons, water, simple syrup). I call this a Lonnie Palmer. Best tasting way to have it so far.

Applesauce is also an easy way to devour some kratom. Add honey and cinnamon for the pickiest eaters.

On this show Bryan talked to regular caller Jeff aka @eminentprof

// Too Much School // Knowing The Right People // Move Confederate Statues To The Suburbs // 25 Hour Work Week With No Debt // Big Lee // Richer Neighborhoods, Richer Schools // Make It Cool & Fun // I Like Guys That Cheat // Favorite Wrestlers // Rich Guys In Wrestling // The Ceiling For Wrestling //

On this show Bryan talked to MRT from The Monumental Podcast

On this bonus show Bryan had @TheSeanTCollins on to talk about music and TV. You are getting 2 bonus shows this week because we only gave you 3 in April.

Find everything Sean is doing and go support him by visiting seantcollins.com