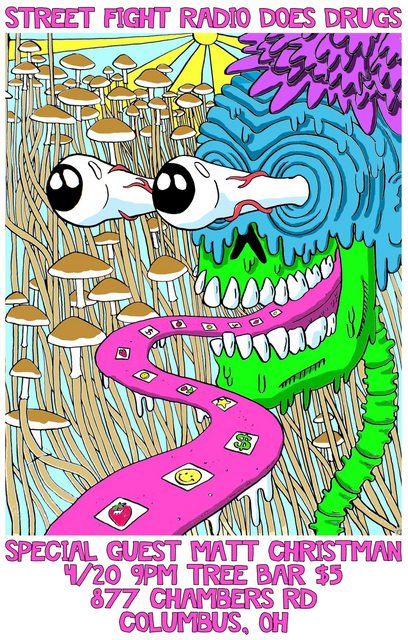 On 4/20 we are going all in on our favorite substances! The #1 Anarcho-comedy radio show is doing a full hour of authority smashing jokes and we’re bringing Matt Christman from the Chapo Trap House podcast along for the ride.

“Frank and consistently hilarious discussions touching on politics, pop culture, drugs, getting by, and pretty much everything else.” – A.V. Club

“Ultimately, Street Fight demonstrates that it’s possible to live — and maybe even spread — your politics without alienating everyone else.” – Pittsburgh City Paper

get your tickets here